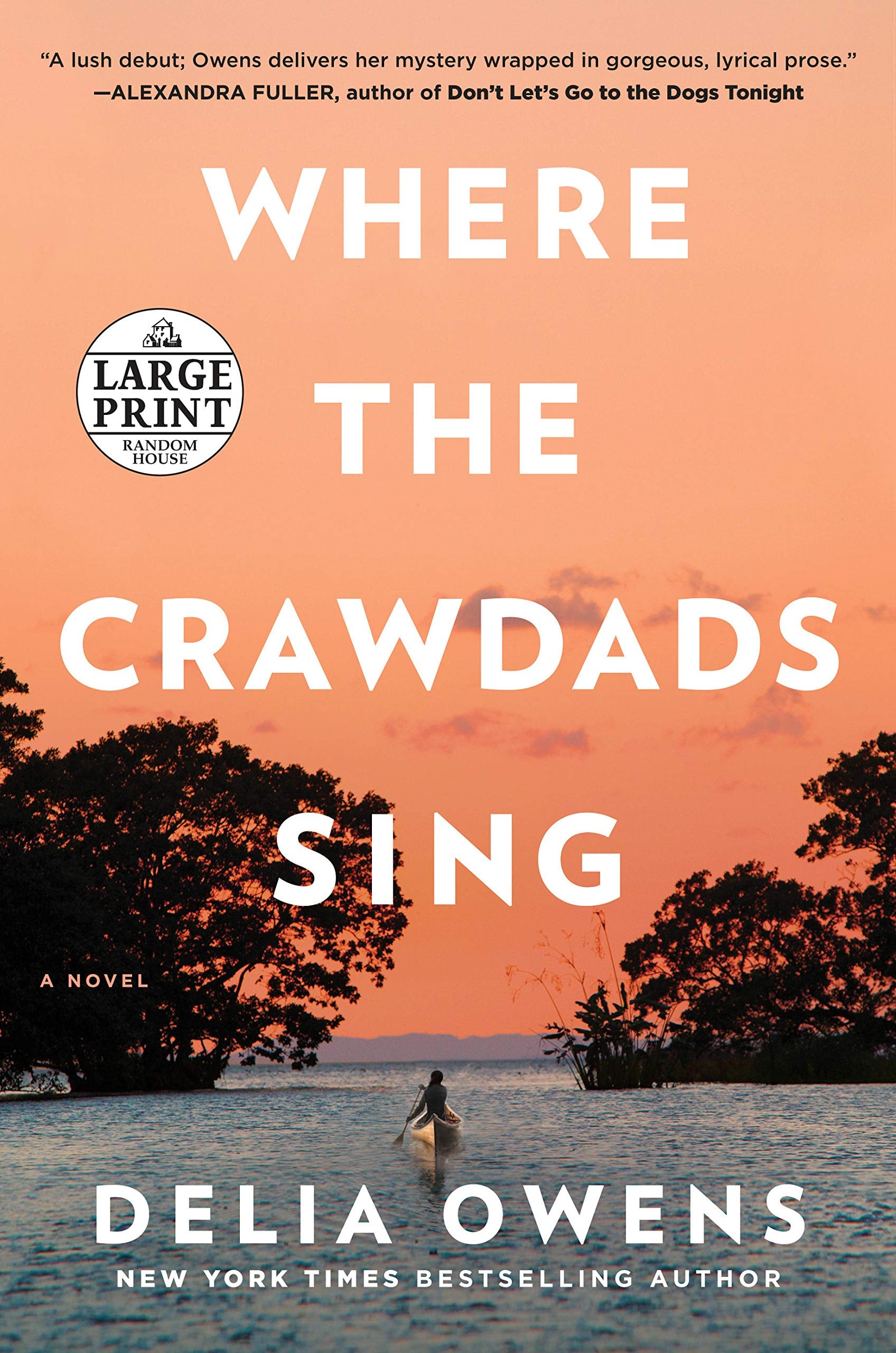 When the book “Where the Crawdads Sing” came out, it seemed like it was on everybody’s bookshelf or reading list. That popularity paired with its status in Reese Witherspoon‘s book club make it no surprise that the film adaptation hits theaters on July 13. With an original song by Taylor Swift called “Carolina,” this is a movie and story you won’t want to miss. If you haven’t had time to read it or need a refresher after reading it back when it debuted in 2018, we’ve got all the details on the book below (keep in mind, though, the film adaptation may differ significantly).

Who Is Kya in “Where the Crawdads Sing”?

Kya is the main character in “Where the Crawdads Sing.” She grows up in a shack deep in a North Carolina marsh in the 1950s. Kya’s mother leaves when she is 6, and her older siblings follow suit, leaving her to live with her father, a disabled World War II veteran who drinks heavily and is abusive. He stops drinking for a period of time when it’s just the two of them and teaches her to fish in the marsh, but he starts drinking again after a letter from Kya’s mother arrives. He eventually disappears when Kya’s 10 years old.

Kya quickly becomes self-sufficient, trading fish and mussels she catches for money and gasoline. Jumpin’, a local man she befriends who owns the gasoline station, and his wife, Mabel, become important figures in Kya’s life, letting her keep her stubborn independence but providing her with things like donated clothes and advice. Kya attends school for one day due to a truancy officer’s interference and, after being shunned and humiliated by the other students, never goes back, preferring to do her own learning with the flora and fauna of the marsh.

“Where the Crawdads Sing” is both a murder mystery and a coming-of-age story. Kya’s life starts to change when she meets Tate Walker, a childhood friend of her older sister’s. Tate teaches her to read and write, and they bond over biology after she shows him her collections of seashells and rare bird feathers. They begin a romantic relationship, but Chase ends things with Kya abruptly when he goes to college, believing Kya is too much of a free spirit to be part of his world. He doesn’t come back to the shack after his first year, leaving Kya devastated.

Years later, at 19 years old, Kya meets Chase Andrews, the star quarterback of their tiny town. Chase invites her to a picnic and tries to have sex with her; she runs away, and when they meet again 10 days later, he apologizes and takes her to see the town’s abandoned fire tower. Kya gives Chase a necklace made from the scallop shell that he found during the picnic, and they start a relationship. She loses her virginity to him in a motel room but eventually finds out through the newspaper that he’s engaged to another woman. Angry and brokenhearted, she decides to spend the rest of her life alone.

Tate graduates from college and returns to visit Kya to apologize and confess his love, but she’s still hurt by his betrayal. Nevertheless, she lets him inside the shack to see her expanded collections of seashells, and he encourages her to publish a book. She does so, followed by a second book on seabirds.

In 1969, Chase reappears in Kya’s life and, after an argument, beats her and attempts to rape her. Kya escapes, but Chase returns to the shack a few days later, forcing Kya to hide. Knowing that she’s completely ostracized in town as “the marsh girl,” she doesn’t report the crime, but she realizes she’ll never feel safe as long as Chase is around.

In the fall of 1969, Chase’s body is found dead beneath the fire tower without any tracks or fingerprints around him. Even though Kya’s out of town meeting her book publisher when it happens, there is weak evidence linking her to the murder: Chase isn’t wearing the shell necklace she gave him, which he was seen wearing the night before. The town sheriff arrests Kya and keeps her in jail for two months, and she loathes being trapped in a rotting cell indoors.

A local lawyer volunteers to help Kya, and she’s found not guilty thanks to an account from her publisher and the fact that the bus schedule at the time made returning overnight to attack Chase possible but improbable. She returns to the marsh and reconciles with Tate, and they move in together, living happily until Kya dies from a heart attack at age 64.

Who Murdered Chase in “Where the Crawdads Sing”?

The night of her funeral serves as the book’s ultimate twist ending: beneath Kya’s floorboards, Tate finds a poem describing Chase Walker’s death and the necklace Chase was wearing when he died. Tate burns the necklace string and poems and crushes the shell in the tide, choosing to keep Kya’s secret.

What Does “Where the Crawdads Sing”‘s Title Mean?

At one point in the book, Tate suggests he and Kya go somewhere “where the crawdads sing” to hang out, a phrase Kya remembered her mother saying when she would encourage her to go explore the marsh growing up. When Kya asks what the phrase means, Tate explains, “[It] just means far in the bush where critters are wild, still behaving like critters.” The title of “Where the Crawdads Sing” is likely a call to how big a role the natural environment of the North Carolina marshes play throughout Kya’s story.

Kim Kardashian Responds to SKKN Lawsuit:  ‘Not What It Seems – Celebrity News